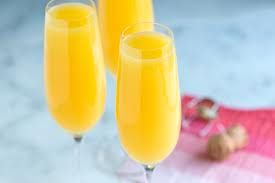 Last weekend, Gavin and I headed down to the Washington, DC area for his cousin’s wedding. We were married only two months ago, and I was thrilled at the idea of being a ‘married’ guest at a wedding. Instead of the ‘when we’ and ‘if we’ and ‘one day’ feelings I had had as a single or engaged guest, I pictured Gavin and I looking at each other and reminiscing over all of the funny and sweet and sentimental details of our special day. Okay, my cheesiness will stop there, I promise. I will not be held responsible for the vomit stuck between the keys of your keyboard.

Few people realize the only profitable line on Amtrak is the one that runs along the Eastern Seaboard. More precisely, it’s the segment that travels between Boston and DC, and after checking the prices a few weeks before our trip we understood why. Unless you book your ticket two months in advance (which realistically, we could have, but that’s beside the point) or are willing to travel at off-off-peak times (read: 5am), you’ll likely pay $150 for one person one way. We debated renting a car, but the thought of I-95 traffic on a Friday afternoon drove me to check out the flights on Kayak. My jaw dropped as the page filled with options. For only $290, we could buy two non-stop primetime flights to DC and back. Sold. Why were they so cheap, you ask? Maybe because it’s January in New York and there’s snow on the ground and the likelihood of our flights leaving on time is as likely as a wedding without a cake.

So as you’ve probably guessed, our flight to DC was delayed, but we were in good spirits nonetheless. Who doesn’t like an opportunity to have an airport beer? There is something cathartic about knowing you have no where to go for an hour or two, so why not stool up at the airport variety of an Irish Pub or Sports Bar and drink a cold one? Gavin turned me on to this trick shortly after we met, and I have to say it makes waiting a good deal easier. You can forget about where you’re going and what you’re late for and just relax. There is absolutely, positively nothing else you can do. But in case you’re wondering, airport beers do not make things easier when you’ve gone from delayed to canceled to flat-out stranded. I once got stuck in London for three days because they had been blessed with three inches of snow (Why is rain the only weather the Brits can handle?), and no amount of beers could make me feel better. And believe me, I tried.

The home base for the wedding festivities was Old Town, Alexandria, and after we arrived and dropped our bags at the Hilton on King Street, we found the bridal party at a nearby bar, Virtue Feed and Grain. I had forgotten how much I loved Old Town. A mixture of Georgetown and Cary Street in Richmond, it was a beautiful place to visit and, I imagine, live. Rowhouses dating back to the 18th century, cobblestone streets, twinkle-lit trees, all enhanced with a dusting of snow. Virtue fit into the scene perfectly, a turn-of-the-century granary converted into a restaurant-slash-bar that managed to feel industrial and cozy at the same time. We found our way to a room in the back where old farm tables, benches, couches, and excited wedding guests filled the room. We spent the evening socializing and toasting the happy couple.

On Saturday morning, Gavin and I took the yellow-line Metro from King Street to Chinatown to meet a few of my friends for brunch. I had lived in Washington for eight years before moving to New York, and some of my closest friends still lived in the city. And what better way to catch up than brunch? Brunch is truly one of my favorite meals. When you’re dealing with eggs and bacon, it’s difficult to mess up, but somehow also difficult to get right. Zengo is another story altogether. A Latin-Asian fusion restaurant right next to the Chinatown gate on 7th Street NW, they throw brunch straight into a dream state. Bottomless small plates and bottomless brunch drinks and plenty of seats. For the decently low price of $35 per person. All of the hipster-brunch hype has turned a late afternoon meal on Saturday or Sunday into a situation where people will wait 45 minutes for a $25 Eggs Benedict and $15 Mimosa, yet here was an inventive menu that you could literally eat and drink your way through entirely. For $35. And as we read off half the menu to our waitress, she didn’t even bat an eye. She seemed to be egging us on.

‘One time, these two very petite girls ordered one of everything,’ she said, making a tiny circle with her forefingers and thumbs to demonstrate the size of their midriffs. ‘And they ate it all.’

We nodded happily and ordered more. For cocktails, I started with a Bloody Mary before moving on to a Passionfruit Mimosa and sticking there for the remainder of our three-hour gorge fest. Achiote-Hoisin Pork Arepas, Lobster-Chipotle Grits, Short Rib Hash. At some point we started to double up on our favorites. How does this place make any money? As I looked around, I realized our table had been there the longest by far, but still. In what world does a deal like this make money? I ate another arepa and swallowed the thought.

While we wiled away the time, we made grand plans: weekend trips, job opportunities, business ventures, college reunions, even an unexpected trip to Jordan in two weeks (can’t wait!), and before I knew it we were rushing to get back to the hotel to change for the wedding.

The wedding was a mixture of a Midsummer Night’s Dream and the Chronicles of Narnia. Set in a tree-filled greenhouse at the Meadowlark Botanical Gardens in Vienna, Virginia, there was a stream running through the middle and snow covering the lawn outside. The petals on the flowers, the ruffles on the dresses, even the wrinkles on happy relatives, all mixed and matched to perfectly accent the light hearts and free spirit of the couple. Gavin and I made eyes when we noticed similarities between their programs and ours, their ceremony and ours. We weren’t just reminiscing, we were reliving. We couldn’t help but smile. We spent the reception socializing with the family, dancing until we got sweaty, and enjoying hot chocolate instead of cake. What was it I’d said about cake earlier? I forget.

Places we loved on this adventure

Virtue Feed and Grain, 106 S. Union Street, Alexandria – With couches and private tables, this is the perfect place to go for a date, a gossip with a friend, or a private event. Have heard great things about the food, but I’m afraid my intake was limited to Pinot Noir. Middle of the Road.

Zengo, 781 Seventh Street NW, Washington – This bottomless brunch is not to be missed, and hurry, because I don’t know this can be sustainable for their business long term. Did I mention there’s also one in New York? Middle of the Road.